It all started with a mirror

Uhip's history started with a cold entepreneur looking in the mirror and gets an idea.

Uhip has established as a strong supplier of functional riding wear. Replacing comfortless with comfort and facilitating everyday life for both equestrian professionals and cheerful exercisers is one of Uhip's clearest guiding principles.

But how did it start?

We're going back to a freezing winter nine years ago. There we find a frozen entrepreneur who gets an idea, sees opportunities where others would rather give up and who then made sure that thousands of riding enthusiasts feel both warmer and more comfortable in the stable environment and on horseback. 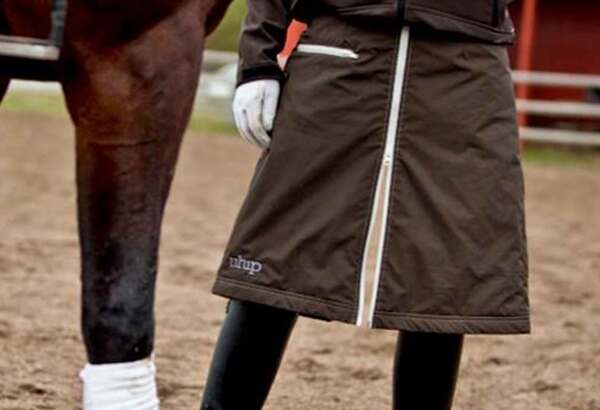 December 2010 is to be known as the coldest winter in Sweden ever.

That winter, in the north of Stockholm, the hobby rider Ulrika Falkman got a present from her husband, a present she has wished for a long time; a thermal skirt. She tries it on for the first time wearing here riding pants under. When she looks at her self in the mirror she notices a detail. Something that could have been done differently.

-A light was turned on inside me. I got a vision of a different thermal skirt. A thermal skirt you could wear in the saddle. The one I had on me had zippers all along the sides that you could zip up to take it on and off. The vision I got was to put the zippers at the front and back instead and let the skirt sides hang down and cover and warm up your thighs while you sit in the saddle. I would, with this thermal skirt, use thin riding pants all winter through without freezing and avoid big and bulky thermal pants.

An idea was born. The start of something that Ulrika thinks could be really big. 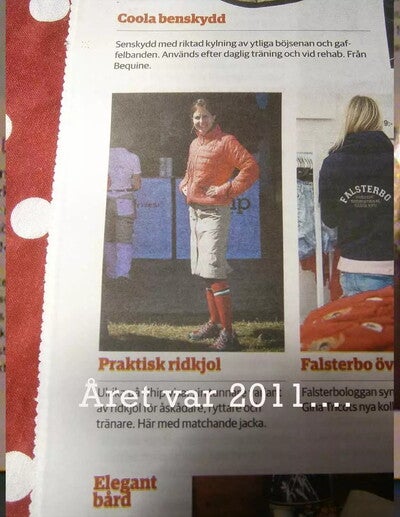 This is too good not to take further

An embryo of something has been created, Ulrika thinks it can be big. She drops the idea to her husband, and he likes what he hears. Weeks pass until they get an insight, this is too good to not take further. Ulrika moves along with the first step towards a new journey.

"My grandmother was a seamstress and me and my mother have taken after her and sewn all our lives.

That's why it was a simple match for me to put together a prototype. "My husband filmed some snippets and I thought it fell well out," she said.

The very first film about the Uhip skirt (in Swedish)

The idea of the functional riding skirt was born

Ulrika Falkman is pleased when she tries the prototype. It’s wind resistant, which allows riding with riding pants while sitting warm and comfortable in the saddle. Further fine-tuning will follow. The skirt is designed with leg straps so the garment does not flutter in the wind. The straps are tested in different positions and a final sketch is made. The idea of the functional riding skirt was born. The skirt gets design protection from the Swedish Patent and Registration Office.

A company name is created: First a U as in Ulrika, then the English word for hip (as in hip) and Uhip is a fact. 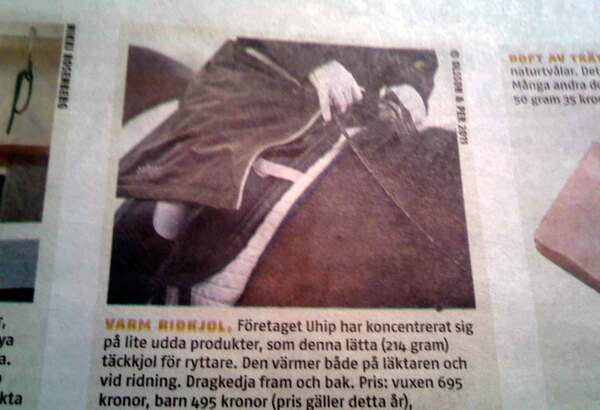 Ulrika's previous career in the financial sector, with leading positions in marketing and project management, is of great benefit initially. Here she can bring her experiences from the big company to the small instead of being the entrepreneur with a horse background who wants to start her own business. It also offers a major advantage in bank contacts. The industry's experience in setting up credible market and liquidity plans also reinforces confidence and soon the capital issue will be resolved.

The creative thoughts are like a popcorn machine in Ulrika Falkman's head. A new idea is born: the fold-down cuff. A drawing is completed, and a factory in Dubai manufactures and delivers. 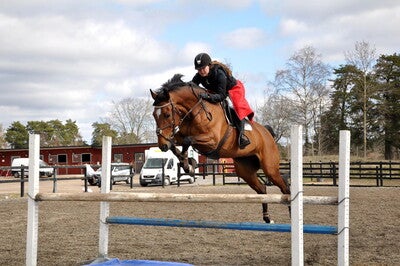 The project starts, the pace is high

"- We started looking for factories that could produce for us ASAP. At that time (which probably was good) I didn't know that the normal lead time was 6-8 months. I found a factory during the summer of 2011 and the first skirts arrived in November. One blue, one brown and one black", says Ulrika Falkman.

We have all had good ideas at some point, but very few can take it all the way from idea to reality. How did you succeed?

"My motivation was guided by the fact that I really believed in the idea. One of my strongest motivations is to create and change things. I also have a vein of both carpenters and seamstresses in the family and like to change things, everything from sewing a garment to rebuilding a patio. That there were obstacles along the way, I just saw as something funny, something that made me even more motivated. When someone says it's impossible, something happens inside me. 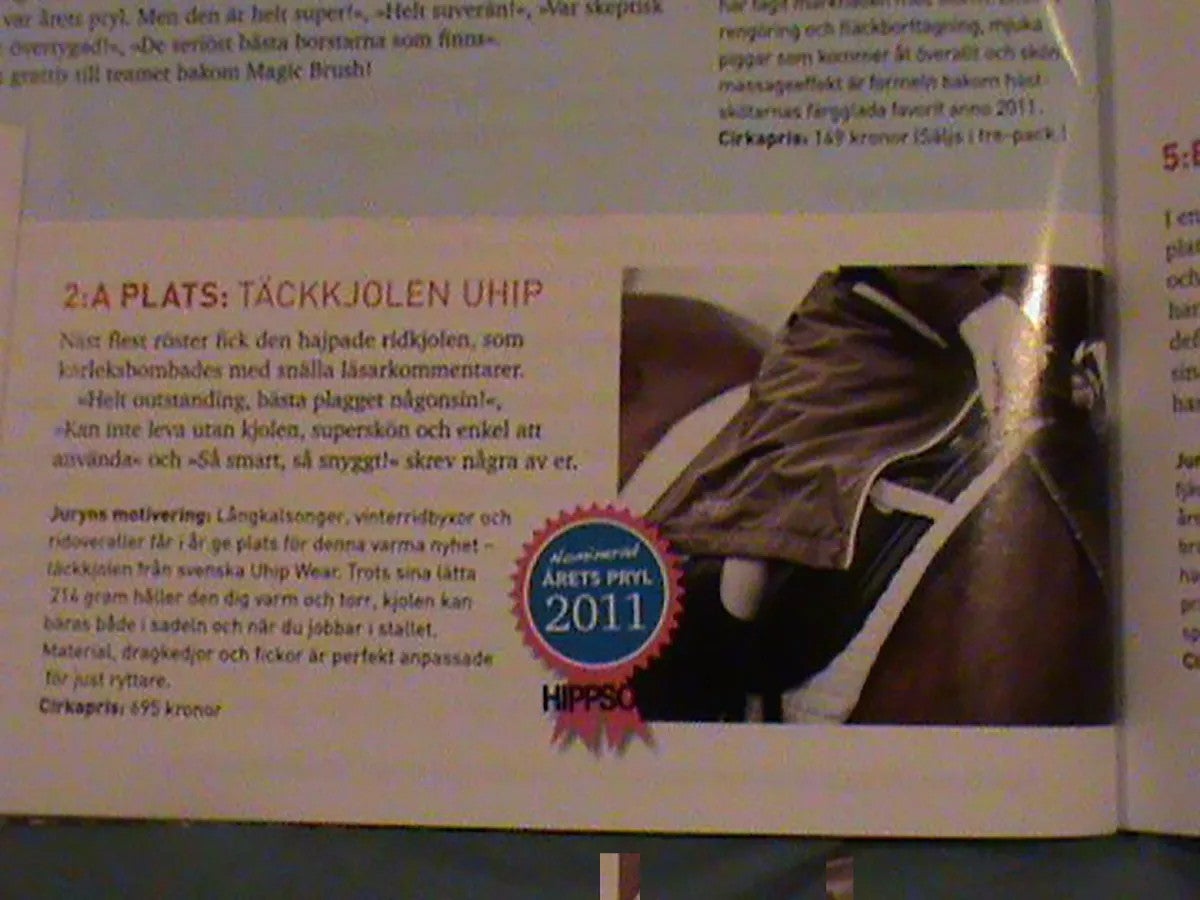 Interest in the new product explodes

In autumn 2011 Ulrika will post the first products on Uhip's Facebook page. The response is amazing and undividedly positive. Interest in the new product is increasing explosively. As Ulrika thought and hoped, there is a great interest in functional riding clothes.

"The terminology is a bit funny there. When we launched the cover skirt we called it "cover skirt for riders". Today it has the epithet riding skirt and it's the customers who named it, says Ulrika with amused pride in the voice. 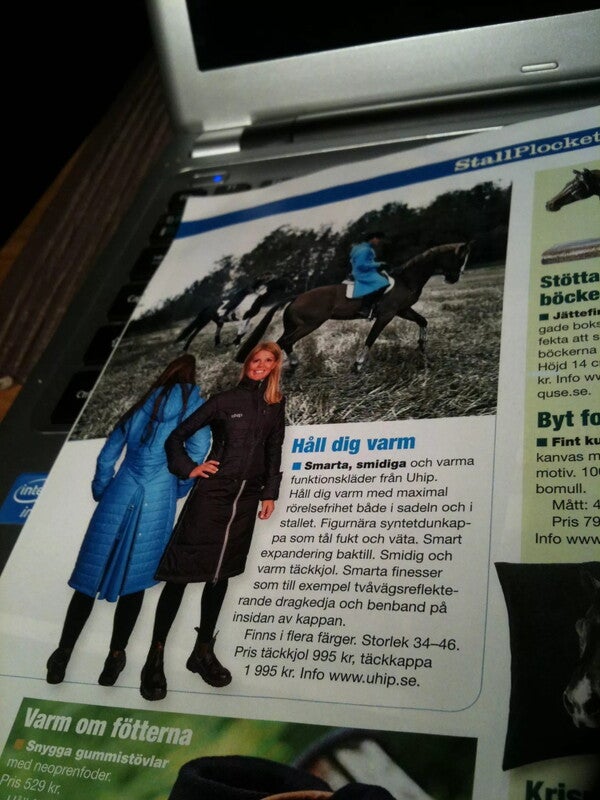 The home office was replaced by the first warehouse, office and showroom. The ideas of additional functional wear were taken from idea to a real sketch and later on, the skirt got new members in the family of functional wear for horseback riders.

The Uhip journey has been a success story with warm, comfortable, functional wear that enables the everyday life in the stable for many horseback riders.

Every journey is unique.

This journey started with a mirror. 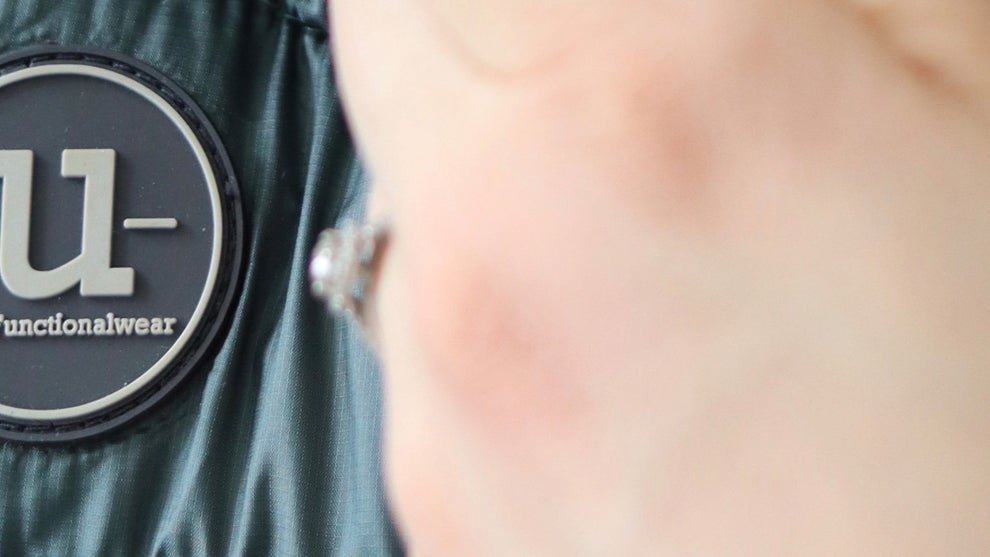